SAP S/4HANA on IBM POWER: Which users benefit most and what distinguishing features does Power Systems offer?

Are you considering using SAP HANA on the SAP Pinnacle Award-winning IBM Power Systems platform or are you still unsure which platform is the ideal one for your needs? In this blog post you will learn which companies will benefit most from using SAP S/4HANA on Power Systems and what differentiators Power Systems offers to these companies.

Power Systems' use cases are not the same for all SAP customers. IDC analyst Peter Rutten, in his 2019 IDC report, identifies four groups of users who can benefit significantly from running SAP S/4HANA on IBM Power Systems:

What all these companies have in common is that with IBM Power Systems they have an easy path to a strong SAP S/4HANA platform that offers significant benefits.

The benefits focus especially on the extraordinary flexibility, reliability, performance and scalability of the platform.

Flexibility from HANA on Power Systems

The IBM Power Systems platform offers a high degree of agility and variability by consolidating multiple SAP HANA databases on a single Power Systems server. With PowerVM, companies can currently virtualize up to 16 productive SAP HANA virtual machines on a single Power System. They can also mix HANA instances that are not productive with traditional workloads on the same system. The result is highly efficient workload consolidation that requires fewer servers while maximizing processor utilization rates. Power processor utilization rates are proven to be higher than commodity architecture, resulting in significant cost savings for businesses.

Reliability from HANA on Power Systems

Fail-safe operation is crucial for business-critical applications like SAP S/4HANA. IBM Power Systems has an undisputed reputation for its integrated RAS capabilities, and these now extend to SAP HANA on Power Systems.

Fail-safe applications require an additional passive node for failover. However, for a power scale-up system (scale-up is ideal for SAP S/4HANA), integrated virtualization allows a VM as the designated failover target. This VM can even be used for testing and development while it is in standby mode on another node. This in turn helps to reduce space requirements and lower TCO. Due to limited virtualization capabilities, this is not an option on SAP HANA appliances.

To prevent outages, Power Systems uses heuristics that run in the background during SAP HANA processing and provide the administrator with predictive outage warnings. These alerts serve as warnings that an outage is likely to occur, allowing the administrator to take immediate action and move the live workload to another VM before it is affected by the expected outage.

Performance of HANA on Power Systems

The IBM processor was designed for workloads that are very data intensive, like SAP HANA. With SAP S4/HANA on Power Systems, the same workload can be run on a smaller number of cores, which results in lower licensing costs and - in turn - less space and energy consumption in the data center. It also means that a workload can be run on a single system instead of a cluster, thus avoiding the complexity and size of clusters.

As an in-memory database, SAP HANA requires high storage capacity. The Power Scale-up portfolio offers ample storage (up to 64 TB). This has the added benefit of consolidating multiple HANA and SAP systems on the same physical server. In addition, SAP HANA also likes high memory bandwidth, which Power provides at a rate of 230 GB/s per processor socket, which can reach up to 3680 GB/s on a 16-socket system.

Scalability from HANA to Power Systems

The ability of Power Systems to scale while leveraging virtualization capabilities is exceptional. One of the most important factors for the near linear scalability (i.e., performance increases at the same rate as the number of processors) of Power Systems scaled to 16 sockets is the fabric bus. The bus connects all processors together and is designed for maximum throughput.

For scale-out, the network between the nodes and the failover architecture must be planned and provide appropriate throughput and response times. With IBM Power Systems, for example, a 16 TB BW (business warehouse) with eight 2 TB commodity architecture scale-out appliances can be migrated to a 16 TB VM on a single scale-up VM.

To achieve high availability (HA), SAP provides a "cost-optimized replication scenario" that allows an organization to host non-productive workloads on a standby Power Systems server as long as 10% of production resources are dedicated to supporting system replication. This scenario helps organizations avoid the need for a costly passive failover node. 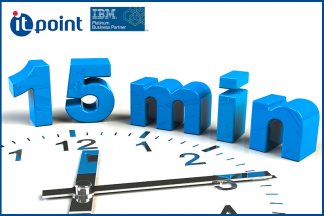 Speed Chat
Register now for the Speed Chat with our experts. We will answer all your questions and concerns about S/4HANA by phone or virtually, with no obligation. There is space for 15 minutes.
REGISTER NOW! 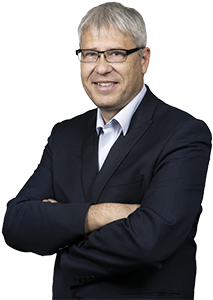 I look forward to hearing from you and will be happy to answer all your questions.